Home buyers and refinancing homeowners likely have never locked in this low of rate before for the 30-year fixed-rate mortgage. For the 13th time this year, the 30-year fixed-rate mortgage set a record low, averaging 2.72% this week, according to Freddie Mac’s records, which date back to 1971. The previous all-time low was set the week of Nov. 5, when 30-year rates averaged 2.78%.

“Weaker consumer spending data, which accounts for the majority of economic growth, drove mortgage rates to a new record low,” says Sam Khater, Freddie Mac’s chief economist. “While economic growth remains unstable, strong housing demand continues to have a domino effect on many other segments of the economy.”

The ultra-low mortgage rates are boosting homebuying activity to the highest level since 2006, the National Association of REALTORS® reports. In October, existing-home sales jumped by 27% annually, with activity in the Midwest and South reaching all-time highs. Home construction is also rising, with single-family housing starts reaching the highest production rate since 2007.

“With mortgage rates hovering at record lows, more houses will be built as demand rises and homebuilders can borrow money at a cheaper rate to finance the construction,” said Nadia Evangelou, a research economist for NAR, at the association’s Economists’ Outlook blog. 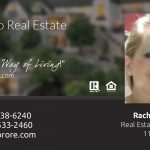 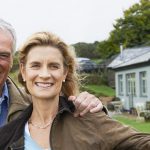 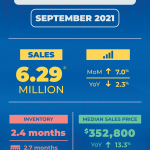 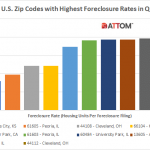 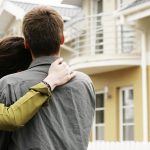